Editor’s note: This is part of our six-week sponsor series highlighting Compassion and the work that some of their epic bearded gospel men are doing to serve pre-bearded children and churches around the world.

When you’re named after Blaise Pascal, the famous French philosopher, you better live up to that calling.

Blaise Selby is known for his facial hair. Sometimes it’s long; other times he sports a sophisticated handlebar mustache. It all began when he watched the movie Tombstone. “I saw the mustaches and said, ‘I will pursue that with all my vigor.’ It took work, but eventually, I pulled it off. There are few mustaches as good as Sam Elliot’s.” 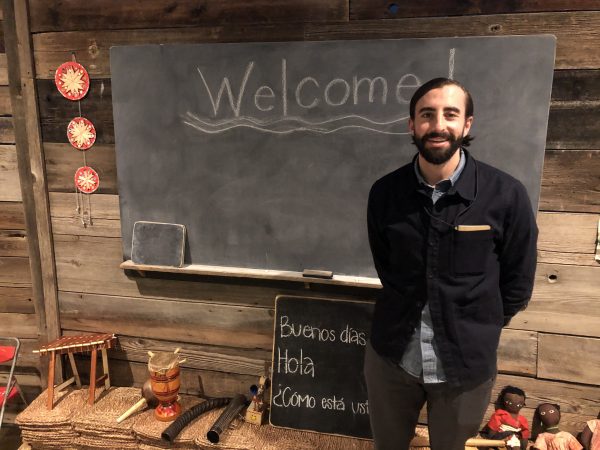 Like many men with facial hair, Blaise changes up his look often. “I like to tell people I’m in a witness protection program and have to constantly change my features so that people don’t catch on to me. I was in the army for five years and wasn’t allowed to have facial hair, so now I think it’s fun. When guys get out of the Army, I tell them two pieces of advice. First, understand it’s going to look way worse before it looks better. Fight through that season. Ride the roller coaster. Second, it will take longer than you think. It takes most guys a good four months to grow a nice full mustache. Most people don’t have the fortitude to do it. Put in the time and it will look awesome.”

Blaise prefers a longer “pirate” beard, but has to take into account the preferences of his wife Elizabeth. She thinks too much facial hair masks his emotions, and she can’t tell what he’s feeling. He’s a jokester so she has a hard time seeing through the facial hair to decipher whether he’s smirking. So, Blaise is wearing his beard shorter these days and his wife loves it!

When people notice the handlebar lip cap, he gets a lot of comments. In response, he usually quips, “Thanks. I water it” or “I can whip you up a potion so you can grow one too.” His favorite come-back line is, “Thanks. It’s really grown on me!”

His favorite part of having “upper lipholstery” is the silent head nod and acknowledgment from another guy with a stache. “The other guy knows the work it took. Most people don’t understand the courage it takes to grow a mustache. It takes courage because everyone will come up to you with a comment. Everywhere I go, I feel like I’m a big giant mustache—like a Lyft car with a mustache on the hood! It’s unusual for our current culture, so it’s like wearing a statement piece attached to your face. It’s a nod to Magnum PI. A mustache takes courage.”

Blaise was a field artillery officer in the army, coordinating long-range weapons systems. He also served in Army Space Command, working with satellites. “While in the Army, I learned that I’m really good at organizing and leading efforts to get things done. Those skills come naturally for me, so when I left the Army, I looked for somewhere I could continue to use those skills of project management. I really wanted to steward that vocation and calling for God’s kingdom. An opportunity opened up for me to do that of work for Compassion International.”

Compassion is an organization whose mission is to release children from poverty in Jesus’ name. Much of that work is done by matching a sponsor with a child living in poverty. “Before I started working at Compassion, I had sponsored a kid for several years. However, I didn’t understand how big the organization is. I didn’t realize how much effort it takes to find a sponsor in the US or another part of the world and connect them with a child in a developing country where we’re implementing a program through a local church. There’s a lot of pieces involved. The journey to Compassion was one where I was called to steward my vocation in this direction and I wanted to work somewhere that I could serve the least of these. Now, with over 2 million kids and plans to grow even bigger, my skills are needed.”

As Blaise began working at Compassion, he could see that the mission of Compassion clearly aligned with Scriptures. “We’re helping those who can’t help themselves. We’re doing it in Jesus’ name but also in His way—through the local church. We equip the church in developing countries to be the church. We also connect the church here to be the church globally. I often pinch myself that I get to do this. I get to help people fulfill God’s mission to help the less fortunate.” 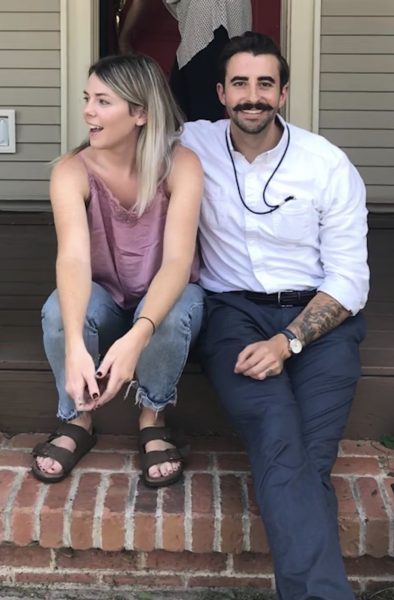 Blaise spent some of his childhood in Turkey while his father was stationed at an Air Force base there. While in Turkey, he saw poverty for the first time. Even employed people lived in tiny cinder block homes without the luxury of running water. Life was difficult for the people there and it impacted Blaise and his family. “When we returned to the USA from Turkey, my family began sponsoring a Compassion girl from Honduras, named Santa. Great name, huh? We’d pray for her every night before dinner and we received letters from her. My parents taught me that not everyone has been given what I’ve been given. From my early life, my parents taught me about stewardship—we are blessed to be a blessing. My parents used sponsorship as a spiritual formation tool.”

Now, Blaise and his wife sponsor Jaoa from Brazil. He’s six. “I picked him because his photo was a thumbs up to the camera. I loved that he seemed like a fun and crazy personality. It’s a blessing to continue that work that my parents instilled in me long ago.”

One of philosopher Blaise Pascal’s famous quotes is, “When one does not love too much, one does not love enough.” It sounds like these two guys name Blaise have a few things in common. Even though Pascal didn’t sport a beard or a handlebar mustache, he understood the love that we can express to others. Blaise Selby does too. He explains biblical masculinity like this:

“There’s a biblical understanding of meekness as characterized by Christ. It is the concept of showing strength under control—strength that is leveraged to serve others. It is using strength, solidarity, and power, not to pursue one’s own ends, but to serve, care and protect others. Strength goes amiss when it’s not channeled to serve and love, particularly those who can’t do that for themselves. For example, children in poverty are often the most vulnerable people on the planet. They are often taken advantage of, often by those who are supposed to be protecting them. God has commissioned Christian men to wield their masculinity in such a way that serves and loves others. It’s leaning into the parts of our character that reflect God and letting God redeem them.”

“The act of giving and loving those who have nothing to give us back actually trains the gospel into our hearts. As we learn to love and give sacrificially to those who could never repay us, we are training the gospel into our hearts. It’s the same love we’ve experienced. We have nothing to give to God. While we were dead in our trespasses, Christ died for us. Sponsoring a child is a great way to put our money where our mouth is—loving the poor. God will change you as you change another’s life. It is one of the best ways to do justice and love mercy. You are offering not just your money, but your relationship to a child in poverty. Someone else needs your strength.”

Will you follow the calling of a fellow hairy man and sponsor a child?